My translation of a short piece written by an Ukrainian Canadian. A short course of non-mainstream History for those who still don’t understand why Russia has “suddenly” became so aggressive.

I wanna ask you, for whom you ever were a brotherly nation?

Whom, which people did you ever respect or care for?

Which one of former “free republics” joined you on their own will without a bloodshed?

Your fellow feelings have always meant death for others.

Don’t attribute yourself with victory in WWII – without U.S, France, Britain and Canada you would have never saw it!

It’s you who’s the first to backstab everyone around!!!

In 1956 Hungary was your another victim, then in 1968 you plunged a knife into Czechoslovakia, and then were Afghanistan, Chechnya, Georgia, Ukraine in the list.

You hadn’t forgot to “feel” for Israel as well, by bringing up and training a horde of Arab-speaking terrorists. You are their puppeteer and they are your puppets. You are constantly inciting Iran. You’ve arranged a flood of Syrian refugees in Europe. You’ve destituted Ossetia and Abkhazia, turning their blooming lands into wasteland. Thanks to your compassion, Moldova has been torn to pieces with creation of so-called Transnistrian Republic, recognized by no one. The same thing you scum have done in Ukraine, annexing the Crimea and usurping part of the Donbass just to create the similar unrecognized DNR and LNR. Who will be the next victim of your fraternal feelings? You don’t have any even for your own people, having it turned into drunk cattle. Everything that you touch turns to ashes.

You are the leprosarium populated by rotting lepers.

Away with you and be damned! 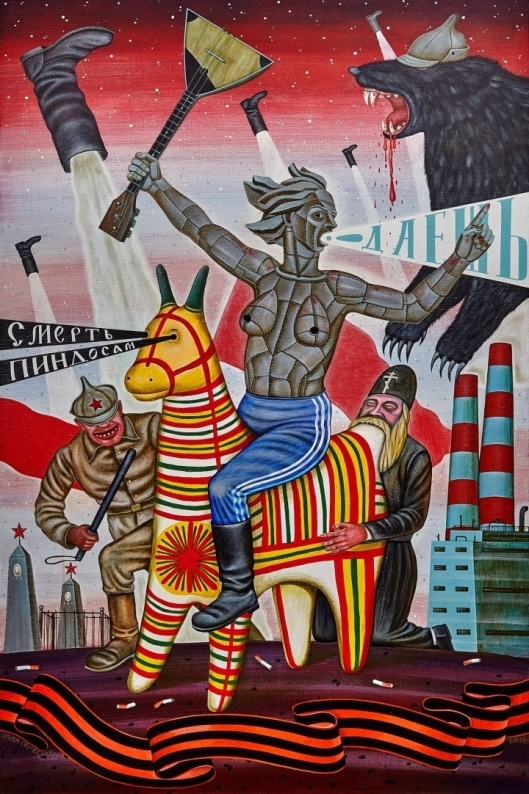